Daiwa Roynet Hotels Kobe Sannomiya is easily accessible and approximately 7 minutes on foot from JR Sannomiya Station. Please use it as a base for sightseeing and business such as Kobe Chinatown and Ijinkan. 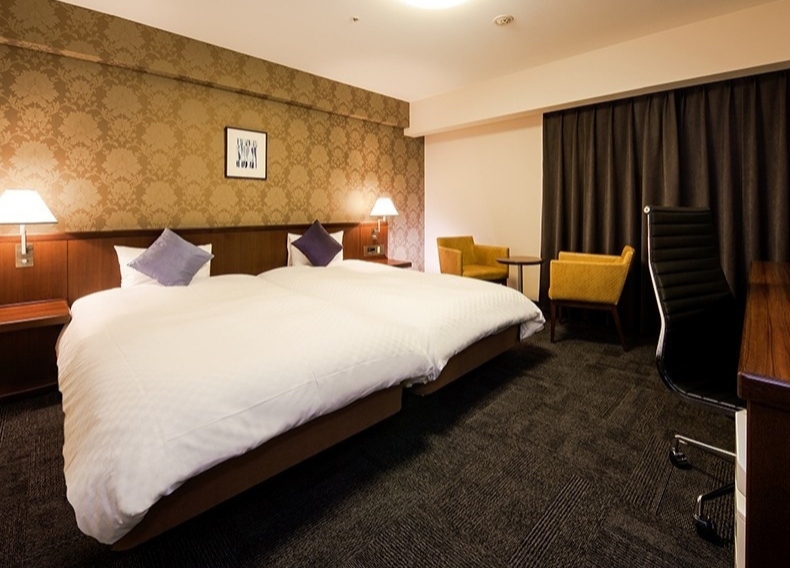 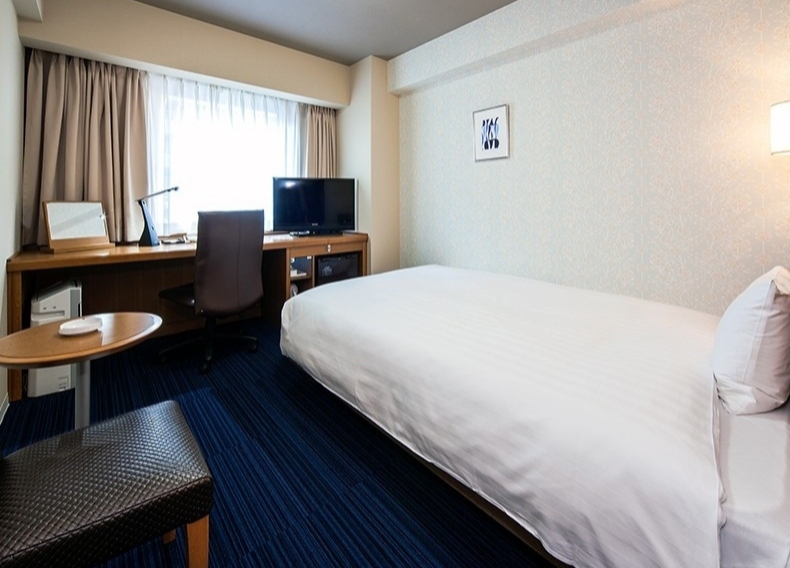 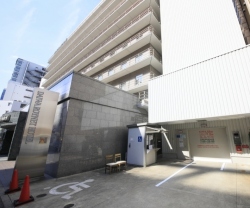 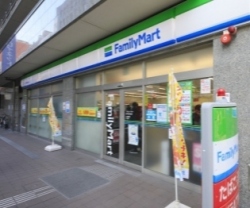 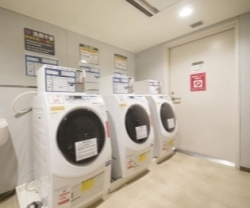 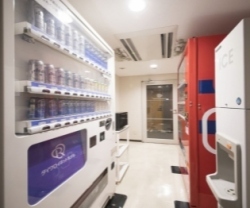 Our hotel can keep your luggage for one day.
For more information please check our FAQ corner.

We accept domestic shipping only.
For more information please check our FAQ corner.

In order to protect our guests our hotel has a curfew (12am - 6am).
During curfew all the enterances are lock, so in order to enter the hotel please use your room key.

※Some hotels also have security in the elevators.

Our hotel provides folding manual wheelchairs available for use within the hotel only. If you would like to use one, please inform hotel in advance.

Every room an the lobby have free Wi-Fi.

How to get here

Those who come by plane
From Kobe Airport
Use of Port Liner (monorail). Get off at the last stop "Sannomiya Station". (Approximately 30 minutes) 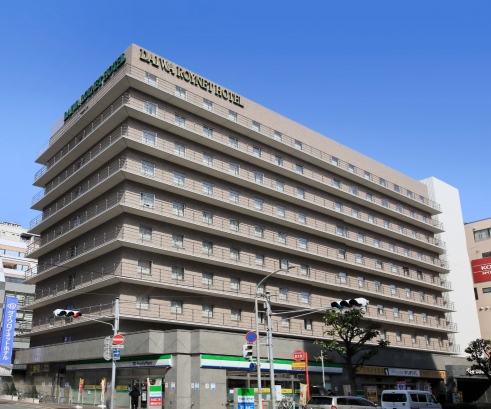 Kitano-cho, which is famous as a town of Ijinkan, is located on a hill overlooking the harbor after climbing up Tor Road.
There are many boutiques and restaurants that are in the Ijinkan area thus making it a popular tourist destination with a gorgeous atmosphere.
Time required from the hotel: Approximately 20 minutes on foot (climb up the slope)

The sea, the red tower, the big Ferris wheel, the glittering city.
Kobe's bay areas "Harborland" and "Meriken Park" are where you can see this combination as the scenery.
It is a popular spot where you can enjoy cruising on a large shopping mall or a pleasure boat!
Travel time from the hotel: Approximately 20 minutes
About a 5-minute walk from the hotel, board the subway coastline  at "Sannomiya-Hanadokemae" station and your destination is right there after getting off at "Harbor Land" station (travelling time is about 5 minutes)

Immediately after getting off at Suma Kaihin Park Station from JR Sannomiya Station, which is about a seven-minute walk from the hotel
(Approximately 15 minutes ride time)
It is an aquarium with a large site in Suma Ward, Kobe City.
Immediately after entering the entrance of the main building, there is a huge aquarium in front of you, where you can see various fishes swimming.
There are a dolphin live hall, a penguins hall, and a sea otter hall outdoors. It has been loved by the locals of Kobe for a long time.
It is nicknamed "Sumasui".
Travel time from the hotel: Approximately 25 minutes
Head to JR "Sannomiya" Station which is about 7 minutes on foot from the hotel and take the train to "Suma Kaihin Koen" Station which is nearby
(Travelling time about 15 minutes)

"Nankin-machi" in Motomachi, Kobe. It is one of the three major Chinatowns in Japan, along with Yokohama and Nagasaki. It is one of the popular tourist spots in Kobe, and there are many dim sum shops offering meat buns and dumplings etc. that are perfect for eating while walking around, and Chinese restaurants where you can do takeaways. You can find many things to look at even if you are just walking around.
Travel time from the hotel: Approximately 20 minutes on foot

QAre amenities in the room are free of charce?

A Yes, feel free to use them.

QDoes you hotel have a public bath?

QIs it possible to rent a car?

A Our hotel does not provide rental car services. To find one, please ask the front desk.

QWhat is Check-In and Check-Out time?

QCan I request an early Check-In

A "Earlier check-in is possible starting 12pm and costs extra one thousand yen per each hour.
Please understand that this may be subject to availability on your check-in date."

QCan I request a late check-out?

A Late check out is possible but is a subject to availability on your check out date. The latest check out time is 2pm.

A Unfortunaltely, no. (Sight challenged customers can stay with their service animals)

QIf i extend my stay, can I stay in the same room?

A Depends on the room availability of that day. Please contact the front desk.

A We accept room requests but may not be able to provide you with desired room depending on the room availabilitu of that day.

QCan I store my luggage at hotel before check in or after check out?

QI have another reservation at your hotel. Can I store my luggage until my next check in?

A Of course, once we confirmed your reservation.

QCan I check in later than the check in time I stated?

A "If you are going to be later that your stated check in time please inform the hotel.
Due to security reasons the doors to the hotel are locked at night. In case of late arrival please use an interphone next to the door to contact front desk."

QCan I ask for a free upgrade?

A Room upgrades are possible but not free. Please contact front desk for more details.

QWhat do you need to check in to the hotel?

A Please show us your passport and reservation number.

QCan I invite a guest into my room?

A Please meet with your guest at the public area of the hotel.

A If you would like to smoke in the room, please book a smoking room.

QDo I have to pay extra for my child?

A Children under 12y.o can stay for free when sharing bed with their parents (amenities and breakfast are not included).

QDoes your hotel have a shuttle bus service?

A No, but our front desk can help you to find one.

QIs there Wi-Fi in the hotel?

QCan I make a copy or send a FAX from your hotel?

QCan I ship my luggage to your hotel?

A "Yes, we can keep youe belongings at the front desk.
When shipping, please write your reservation name and check in date.
Please note, that we cannot keep luggages that require temperature control."

QCan you keep food or drinks?

A Yes, as long it does not require temperature control.

QCan I send a parcel to your hotel by cash on delivery?

A No. Please pay for delivery in advance.

QCan I send a parcel from the hotel?

A Yes, but only domestically.

A No. Only domestically.

QCan I exchange currency at your hotel?

A No. Please ask front desk for closest exchange offices.

QCan I borrow an iron?

QCan I make a phonecall from my room? Can I call overseas?

A Yes, but you will be charged for each outcoming phonecall.

QDo you have an adapter or converter?

A Yes, at the front desk.

QCan I send my luggage to the airport?

A Yes. Please bring your luggage to the front desk in andance since it usually takes two to three daive for it to be delivered.

QAt the hotel, can I pay with a credit card? What kinds of credit card can I use?

QCan I pay with a QR code (AliPay, WECHAT PAY or KAKAOPAY)?

QCan youissue a receipt for my stay?

A Yes, but only for the payments made directly at the front desk.

QHow do I become a member?

A Please inquire to the front desk.

QDo I have to pay to become a member?

A No, it's totally free.

QWhat are the benefits of becoming a member?

A To find out about Roynet Club benefits, please stop by the front desk.

A Points a valid for two years since the last stay.

QHow can I use my Roynet Points?

A Points can be used at the front desk when you pay the room charge.

QI lost my membership card. What should I do?

A Please inform the hotel for the new card.

A It's a point collecting system that can be used at any Daiwa Roynet hotel.

QI forgot something in the room. What should I do?

QCan you make a restaurant reservation for me?

A Yes, but only for the period of your stay at out hotel.

QCan you make a restaurant reservation for me?

A Yes, but only for the period of your stay at out hotel.